ACHIEVING ECONOMIES OF SCALE WHEN JOINING A MULTI-ACADEMY TRUST 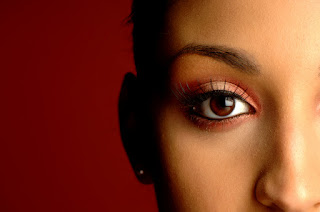 Earlier this year, the government back-tracked on controversial plans to ensure every state school converted to having an academy status by 2022. However, even with the news of this U-turn, schools converting to an academy and joining Multi Academy Trusts (MATs) has not slowed.

There’s been a significant growth in the amount of schools joining Multi Academy Trusts over the past five years. According to a report by the House of Commons Education Committee, in 2011, there were 391 MATs. As of November 2016, that number ballooned to 4,140.

This number is expected to rise as MATs become the preferred model in education, as the Government has indicated that in five to six years, most schools will have converted to an academy or joined a MAT.

Whilst joining or forming a MAT seems like the sensible solution to improving teaching and learning quality, there’s still considerations that need to be addressed before jumping in with both feet. When becoming a part of a MAT, achieving economies of scale is an important advantage to gain, particularly in the difficult financial climate that the education sector is currently facing.

What is a Multi Academy Trust?

A Multi Academy Trust consists of multiple academies working together strategically to improve its educational offerings. It’s usually governed by one Trust and a single board of directors who are responsible for how the academy is run. However, each individual school retains its own governing body and the Trust may delegate some of its functions to these bodies.

Academies have existed since its introduction back in 2002, where its original purpose was to support underperforming schools. But since 2002, qualifying to become an academy and join a MAT has since opened up not just for schools rated ‘Inadequate’ by Ofsted, but for those schools that are also rated ‘Good’ and ‘Outstanding’ too.

It’s often the best performing academy that’s deemed as the MAT sponsor, where they’re sometimes granted the right to appoint the majority of directors. There’s a range of advantages that come with joining a MAT, such as the freedom of decisions over teaching pay and school term times, as well as that all-important curriculum and allocation of budget. However, this may not be the right route for every school to go down and if the wrong decision is taken to join a MAT, leaving or jumping ship to another MAT is possible, but can be complex and expensive for the school – which is the last thing that’s needed when schools are doing everything they can to save money. So, what should be considered when contemplating joining a MAT?

It’s been almost a year since the Education Policy Institute’s (EPI) report was released. From the data collected, there was evidence to suggest that joining or establishing a MAT resulted in economies of scale and efficiency savings. The research conducted found that MATs spend less per pupil on running expenses and suggested that this may lead to spending more on teaching staff than their local authority (LA) counterparts.

Despite these findings, the report suggests that there are multiple factors that can determine whether MATs are actually achieving economies of scale, such as the size of the MAT and the geographic distance between schools within the Trust.

Reaping the full benefits that come with being part of a Multi Academy Trust can be difficult when schools within the Trust are geographically dispersed. This is down to the fact that when schools within the MAT are isolated from others, it makes it near impossible for leaders and staff to work together in person and share best practices and generally communicate more effectively.

When considering joining or forming a MAT, ensure the other schools are local, CEO’s of the highest performing MATs revealed focusing on ‘clusters’ is the top priority for a successful secondary academy. This is backed up by the EPI’s report that the regional ‘clustering’ of academies within a MAT makes the economic benefits much easier to recognise. The government also strongly recommends that MATs avoid running isolated schools, as it hinders the effectiveness of collaboration. Ideally, if your school plans to join a larger MAT (10+ academies), ensure there’s a cluster of local ‘hubs’ within a short distance of your school, as the more academies within a MAT, the more difficult it is to locate closely with all schools within the Trust.

Size of the MAT

As well as the geography of the MAT in question, it’s good to look at the sizing of the Trust. The optimum amount of schools that should be within a Trust in order for it to be successful is widely debated, some say 12-20 MATs is optimum, however others claim anything up to 20 schools is too small to achieve economies of scale.

The majority of academies are within a small Trust (with 5 schools or fewer), and with this brings many advantages. For example, all schools will most likely be within close distance of each other, which in turn makes managing and the general overseeing of the Trust much easier. As well as making the tasks of supporting the performance of all schools within the MAT simple too.

And there’s also the advantage that they may be more economically efficient than larger Trusts (although this depends on the way in which the Trust is managed) as resources can easily be shared amongst academies that are geographically closer together.

Having looked into this further, the EPI report found that in fact, larger MATs tend to spend less on back office functions than smaller MATs. This may seem doubtful with schools in larger Trusts as there’s going to be some distance between schools compared to smaller MATs that have the advantage of all being clustered together. The report also unearthed that the geographical disadvantage large MATs have can be overcome by the effective use of technology in order to make savings. Standardising teaching materials, such as use of cloud computing as well as other services (which can be found within the report) are ways in which schools can cut costs.

Whether you join a small, medium or large Trust is certainly something to consider when taking the decision to join a MAT. However, when joining a larger Multi Academy Trust, ensure ICT facilities are put to good use in order to make efficient savings and contribute to economies of scale.

The EPI report has established the economic benefits of joining or establishing a Multi Academy Trust. Throughout the report, it found evidence to support previous claims that MATs save more than LA schools. It also discovered that there are multiple factors which contribute to achieving economies of scale, particularly the geography of schools within the Trust. Read the full report to delve more deeply into this issue and explore their findings on how MATs use technology to further savings.

Popular posts from this blog 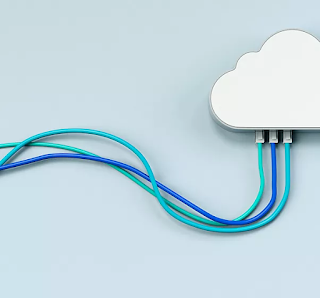 The Internet is an endlessly rich world of sites, pages and posts — until it all ends with a click and a “404 page not found” error message. While the hyperlink was conceived in the 1960s, it came into its own with the HTML protocol in 1991, and there’s no doubt that the first broken link soon followed. On its surface, the problem is simple: A once-working URL is now a goner. The root cause can be any of a half-dozen things, however, and sometimes more: Content could have been renamed, moved or deleted, or an entire site could have evaporated. Across the Web, the content, design and infrastructure of millions of sites are constantly evolving, and while that’s generally good for users and the Web ecosystem as a whole, it’s bad for existing links. In its own way, the Web is also a very literal-minded creature, and all it takes is a single-character change in a URL to break a link. For example, many sites have stopped using “www,” and even if their content remains the same, the or
Read more

BACK-TO-SCHOOL: IS YOUR WEB FILTERING COMPLIANT? 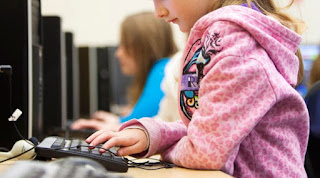 Recent legislation aims to ensure that all schools have the most appropriate filtering and monitoring solutions required to successfully safeguard and promote the welfare of children in your care. The KCSiE  legislation  from the Department for Education sheds light on the fact that as part of a digital age, we want young people to understand, learn from and utilise the internet as a key element of their education, as it is such a large part of our culture. Due to this, ‘overblocking of web content’, is no longer something that is sustainable or effective within education. Schools now need to focus on tools that enable them to block inappropriate content in real time, without relying on URL blocklists alone, while still allowing access to educational and appropriate social content. With ever increasing demands and expectations to perform against Ofsted’s framework, it is key to understand the reasons why new legislation has been brought into place. As young people are
Read more